Every year in Biosfer Teslab, we are fortunate to have students who perform from the curricular practices of the degree they are studying to the final work of master and degree.

During this time we have been fortunate to have students from various universities such as the URV, the UOC, the UPC and the UV  among others.

For us it is a great added value to have young and motivated students who help us to carry out projects that we cannot do on a day-to-day basis.

One of these projects was carried out by Pau Homs, as a final thesis degree of the Biotechnology Degree taught by the Rovira i Virgili University and aimed to optimise and automate the protocol for the extraction of lipids from human serum for subsequent lipidomic analysis using nuclear magnetic resonance spectroscopy (1H-NMR).

A summary of Pau’s work can be read below: 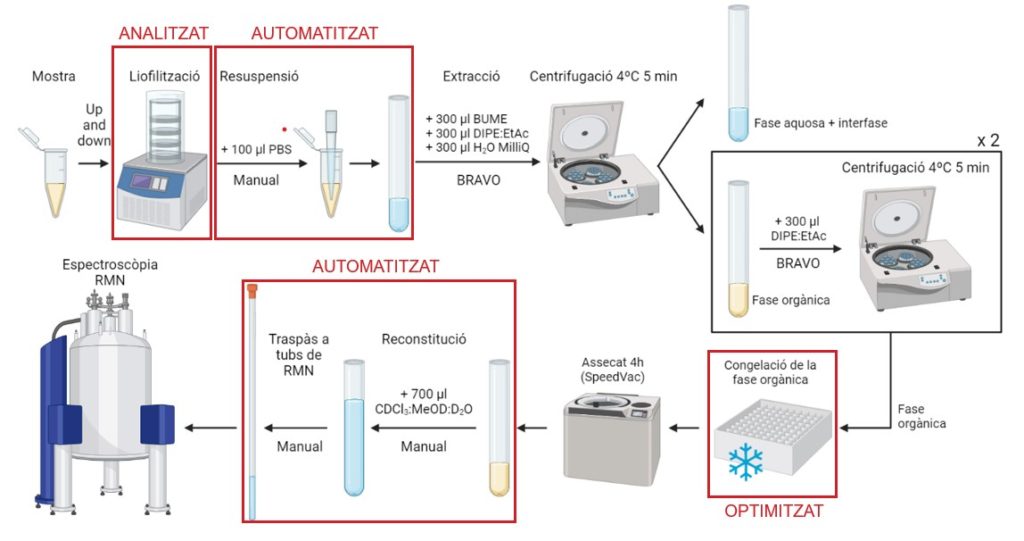 Lipidomics is the science that studies lipids on a large scale, generating profiles of the different biogenic lipid families, the exhaustive study of their metabolic pathways and the interpretation of their physiological importance, based on analytical chemistry techniques and statistical analysis.

Due to its importance, this work aims to optimise and automate the protocol for the extraction of lipids from human serum for subsequent lipidomic analysis using nuclear magnetic resonance spectroscopy (1H-NMR). Thus, the protocol was analysed to detect two possible critical points: freeze-drying of the samples and freezing of the organic phase with and without extraction solvent. No significant differences were observed between the two conditions in both cases. In the case of freeze-drying, a predominance of the biological effect over the analytical effect was observed, so it was decided to freeze-dry the samples in order to facilitate the automation of the process.

In the case of freezing, it is preferable to store the organic phase without the extraction solvents, but in case this is not possible, any set of samples should be treated with the same conditions.

In order to automate the protocol, the liquid dispensing robot “Agilent Bravo Automated Liquid Handling Platform” was programmed to automate the resuspension of the sample after freeze-drying and the extraction of the organic phase. Lower coefficients of variations were observed when performing the automated protocol, as well as an almost perfect overlap of the NMR spectra of the automatically treated aliquots, as opposed to the manually treated aliquots. 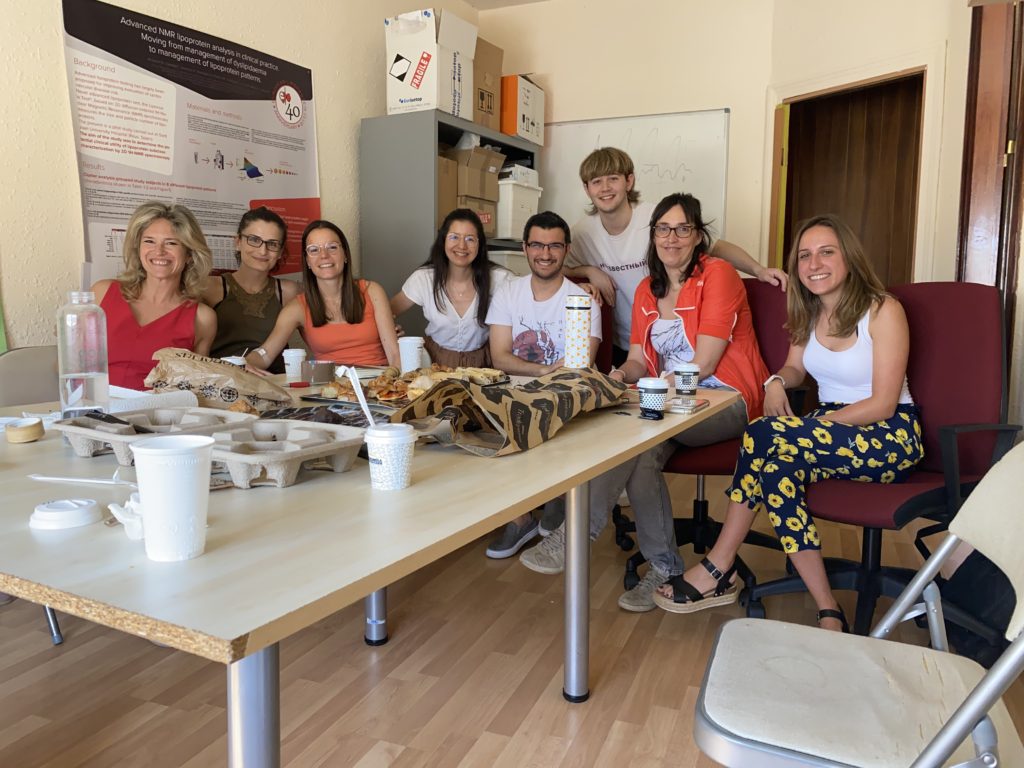 “During my stay at Biosfer Teslab in order to develop my Final Degree Project, I have been able to put into practice different theoretical knowledge acquired in different subjects of the Degree in Biotechnology. In addition, this internship allowed me to come into contact with state-of-the-art laboratory equipment such as the freeze dryer, the liquid dispensing robot and the NMR spectrometer. The knowledge acquired, both in terms of laboratory work and data processing, has been very helpful for my academic and professional training. In addition, my stay at Biosfer Teslab has been my first contact with working in a scientific company, and therefore has helped me to grow both professionally and personally”.