On 25th, 26th and 27th May the LactApp Medical Congress took place under the slogan “Scientific evidence as a challenge in breastfeeding”.

LactApp is a company specialised in breastfeeding support. To this end, they have developed the first App, called LactApp, dedicated to breastfeeding and maternity that solves doubts in a personalised way.

With 76,000 possible paths, and more than 2,500 answers, LactApp, free to download and available in Spanish, English and Portuguese, autonomously resolves more than 100,000 weekly queries worldwide in a personalised way.

Since its creation in 2017, it has answered more than 19 million queries and is used by 23% of all mothers in Spain.

The company has also created LactApp Medical. An App that accompanies professionals who attend breastfeeding mothers and also organises different events and congresses such as the one that took place a few days ago.

The versatility and robustness shown by metabolomics by Nuclear Magnetic Resonance in recent years makes it possible for Biosfer Teslab to bet on research and continuous development of new tools and new applications to improve people’s health.

Proof of this was the invitation to Biosfer Teslab to constitute the round table “NMR metabolomics, at the forefront of precision medicine, application for the health of the newborn and the mother” at the LactApp Medical congress with two lectures by our research team: “Advanced molecular characterization for monitoring the health of the newborn” by Dr. Núria Amigó and “Challenges in the diagnosis of mastitis, advanced analysis of breast milk” by Dr. Sara Samino. 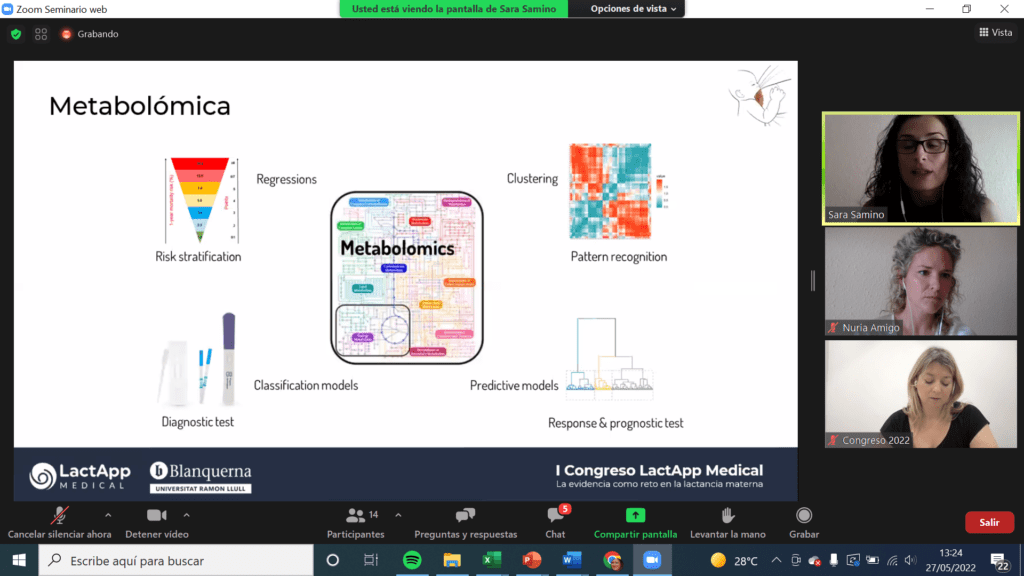